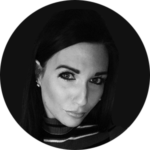 Founder and Principal of MyStage Academy, Pippa Attwood is proud to offer a wealth of 10 years professional experience within Musical Theatre and Performance, having spent a large proportion of her career working for the reputable Disney Cruise Line and Thomson Cruises as Lead Singer within the onboard Production Casts. She has fronted numerous Show Bands and Vocal Ensembles on board Cruise Ships and On Tour internationally.
Pippa is a registered LAMDA practitioner and teaches Speech & Drama Examination preparation for students across Staffordshire.
As Principal, Pippa is dedicated to guiding all students of MyStage Academy along their own unique path within the wonderful world of Musical Theatre Performance. She is always amazed at the professionalism and enthusiasm of staff and students and takes pride in nurturing students as they continue to grow and develop as artists and young adults. 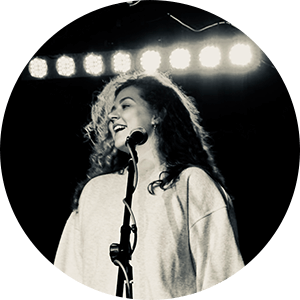 Sally is a talented performer with experience in all aspects of the performing arts. She began her
performing career at the age of 2, studying various forms of dance as well as drama. At the age of
15, she was awarded the Best Actress (under 16s) Award in the Staffordshire One Act Play
Festival. She developed her dancing and acting abilities further whilst at school, taking the lead
role in various productions. She has appeared at prestigious theatres both locally and throughout
the country, including at the New Vic in Staffordshire, a theatre in the round.
When she left school, she studied at the Academy of Theatre Arts in Staffordshire, achieving
D*D*D in Performing Arts.
Sally went on to be offered a place at the New York Film Academy, but instead decided to attend
Expressions Performing Arts Academy (which she attended on the three-year Samantha Womack
stage scholarship). She studied the BTEC Extended Diploma Trinity ATCL College London threeyear Musical Theatre course, in which she achieved a 100% mark.
Sally’s varied experience includes working as a bluecoat at Pontins, numerous television
appearances and performing at the Memphian Theatre and the Gibson Guitar Factory in America.
After graduating from EPA she teamed up with her fellow entertainer friend and formed a Northern
Soul performance duo. They have dominated the online Northern soul outreach with half a million
hits in total on various social media platforms. They have released numerous singles with the
Swedish record label, Cosmos music and have been aired on Gary Crowley Radio 1 and Craig
Charles funk & Soul Show on Radio 6 – just to name a few.
Her latest teaching experience was holding a workshop at the 2021 Isle of Wight Festival in the Hip
shaking Tent where they had performed there Northern soul show the night before to a packed out
crowd. Sally is trained in IDTA examination Board from the age of 2 and is qualified in IDTA PreAssociate Ballet teachers part 1 & 2. She has experience in a range of dance styles, such as;
ballet,tap,Jazz,modern,theatre craft,commercial,contemporary,freestyle,lyrical,street,
bolloywood,Irish,gymnastics and cheerleading.
Sally’s aim is to inspire people to believe that it is never too late to tap into your creativity and love what you do. 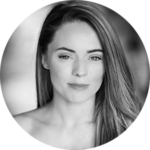 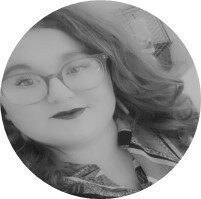 Paul graduated from the Liverpool Institute for the Performing Arts. As a child he was an active member of The National Youth Theatre of Great Britain. He has created workshops and community theatre projects for a variety of organisations both locally and nationally.
Paul’s acting work includes Simon in ‘Behind Closed Closet Doors’ and the son in ‘How Long Will I Love You’ for Arch North Staffs DV conferences. Jim Fenner in ‘Bad Girls The Musical’ Ugly Sister in ‘Cinderella@ TLC Productions for Grimsby Auditorium, York Opera House, Gainsborough Arts Centre, The Guidhall Lincoln. He has also played Captain Hogwash for the Panto comoany touring London theatres, and Captain Cringe for the Queens Theatre in Burslem. The Baker in ‘Into The Woods’ for Reveal Theatre Company, the Emcee in ‘Cabaret,’ Captain Feathersword in the ‘Dorothy The Dinosaur Show,’ National Tour for the children;s television show ‘The Wiggles,’ Drako Darkheart for Alton Towers, Charlie in ‘Merrily We Roll Along,’ Heir Shultz in ‘Cabaret’ for the Double Edge Theatre Company in association with Eaton Boys School, John O Collins in ‘Hand of Friendship’ and ‘Celtic Fire’ Seagull Theatre of the Gorge.
Paul also directs, writes and works wit a number of young people in schools and community projects in Stoke on Trent and Staffordshire. Hi directing work includeds, ‘Once a Catholic’ for Stoke Rep and ‘Snow White & The Seven Dwarves’ for the Queens Theatre. The Sound of Music at The Mitchell Arts Centre for Stoke Youth. He has worked for Reveal Theatre Company and The New Vic Theatre as a theatre practitioner. He was artistic director for CHINA Theatre Company and The Masque Theatre Company. Paul is also a full time fundraising manager for The Gingerbread Centre, a charity that helps local homeless families in Staffordshire.

Our Students had an absolute blast performing on the stage of The Shaftesbury Theatre, in the heart of London’s West...

We are excited to continue rehearsal for our Christmas film which will be postponed to until February 2021. We can’t...

MyStage Academy to perform at Q in the Square (Park) – a family friendly festival in Stafford Town Centre this...

⭐️MyStage Academy Hits LONDON’S WEST END again this April!⭐️ We are so excited to be performing at Her Majesty’s Theatre,...

We cannot wait to perform at The Roaring 20’s themed 020 Dance Festival this January! Come along and see our...

Come along and see our students perform at Staffs Fest this May! Look out for our MyStage Ambassadors who will...

NEXT TASTER SESSION is 2nd and 9th March 2019 @ Sir Graham Balfour School, Stafford. We are looking forward to...

Our Christmas Show was a HUGE success! Well done to all involved in The Jungle Book and Matilda! We hope...

We would like to Welcome CHLOE WELCH to the team! We are thrilled to announce that Chloe is joining us...

Sing-a-Long-a THE GREATEST SHOWMAN – Regent Theatre, Stoke – Saturday 19th March. We are planning a group trip to this...